Time to turn the page on a new year. So what I am looking forward to in 2017?

BIRTHDAYS AND TRAVEL (and hopefully some ice cream and gluten free cake to top it all off)
Travel in 2017 is all about celebrating the birthdays:
1. Canada’s 150th Birthday

If you haven’t had the opportunity to head East, this is the year to do it. No better place to be than near (and around) the Nations capital, our largest city. And hey, while you’re at it, head further East. If you ask me, it is the East that gives Canada it’s true character.

From the Blue Bird to the Country Music Hall of Fame, Nashville is rolling out a music celebration this year as many of their most noted venues and museums are celebrating milestones. Voted as one of the top destinations for 2017, I hope to finally have the opportunity to see Music City up close and in person. 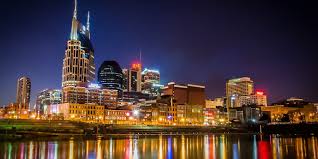 On my list of failed attempts in 2016 was an effort to complete a visit through the mid-west. 2017 seems like as good a time as any to try again. Lincoln has made a few top travel

destination lists for this year, and they are rolling out the party parade in style. 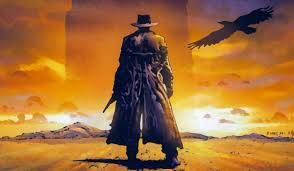 The Dark Tower is coming to the big screen this year, but the bigger news is the small screen series that will eventually accompany it. This means that 2017 is the year to catch up on Stephen King’s much heralded series.

Beyond the superhero exhaustion, there are actually some still welcome tonics on the list for 2017: A Guardians of the Galaxy sequel, a much more promising installment into the D.C. big screen universe (Wonder Woman… that trailer still rocks no matter how many times I view it), a new Kingsman film (I don’t know how I managed to miss the first film. Finally caught up with it this year and loved it) and, of course, Lego Batman.

Add to this the promising creative approach of X-Men: Legacy (February 9th on Fox) , and there is plenty of choice for those of us intent on avoiding Netflix’s latest entry into the overwrought Daredevil/Jessica Jones/Luke Cage/Punisher universe.

MORE SCI-FI NOSTALGIA
Okay, so Star Wars has officially moved past the “nostalgia” and into the modern era of it’s recreated, Disney led renaissance. But just to hear the words “Star Wars: Episode 8” still makes my childhood inner-self a little more than giddy.

Add to this the upcoming Star Trek series and the newest films in what has so far been a fantastic remaking of the Planet of the Apes franchise along with a questionable but possibly intriguing new Alien film, 2017 should be a good year for popular Sci-Fi 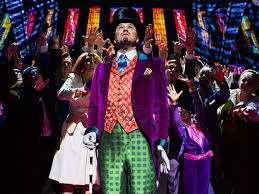 CAN TOM KIRKMAN SURVIVE A NEW JACK BAUER: A SHOWDOWN TAILOR MADE FOR THE SMALL SCREEN
For me, this is the most intriguing match up of the t.v. universe this winter: Designated Survivor’s Tom Kirkman set against 24: Legacy’s Eric Carter. 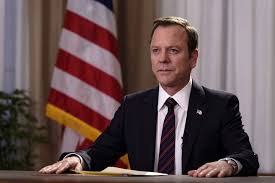 Sutherland has been intent on shedding his old character’s image, but it will be interesting to see, given that the shows share the same network, if Kirkman manages to survive into the fall as Legacy tries to re-capture some of that old Kiefer magic. I know I’ll be watching intently.

NINTENDO SWITCH… AND THAT OTHER SYSTEM.

I am not a gamer, but that doesn’t mean I can resist all-things Mario. When the Switch comes out I won’t ever have to resist it again, because I can bring it with me in all of it’s glory. Add a new Zelda to the picture and this becomes an easy sell. Now if only I can find time to actually play…

And oh yeah, I supposed the X-Box Scorpio is worth a mention in 2017 as well. There are really only two things I care about on X-Box- Madden and Fable. But with the release of Scorpio means lower prices for the X-Box One, which means the possibility of an upgrade from our 360. I can get on-board with that in 2017.

A WAFFLING TREND?
For anyone who has considered the idea of putting foods “other” than waffles in a waffle maker and thought it was somewhat ingenious, the existence of the trend can assure that your (or my) idea is definitely not unique. But a trend also means more available creative ideas, possibilities, and recipes. This is good for everyone, and given that a waffle maker was a family gift to ourselves this year, I say bring it on 2017. 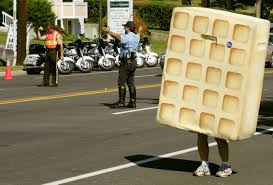 I hate binge-watching. Yep, I said it. I strongly dislike nearly everything binge watching stands for- a diminishing of patient t.v. watching, over-saturation of shows, the absence of prolonged show development and discussion, immediate satisfaction with no long term investment. I could go on, but I know I am in the minority.

Binge-Watching will not be on the things I am most looking forward to in 2017, but Stranger Things 2 will be. And I just might be willing to force myself to succumb to my family’s insistence on binge watching it too. Begrudgingly of course, but willingly, for the sake of Stranger Things of course.

RELIGIOUS METAPHOR, THE OLD WEST, AND A SPRAWLING SAGA
I am of course referring to The Son, a book by Philipp Meyer that has been adapted for a promising new scripted series on AMC.

I loved the book, and I think it Is perfectly suited to the small screen treatment. I know I’ll be watching.

AND SPEAKING OF BOOKS!

Always something new on my to-read list, and 2017 is no exception. Here are the titles that are near the top:

The Day the Revolution Began by N.T.Wright.– Always a major player in the world of developing theology, Wright’s newest work picks up where Suprised By Hope and Surprised by Scripture left off… which means more paradigm-shifting approaches to understanding the Christian Gospel.

Making Sense of God by Timothy Keller– another major player in the world of popular (and serious) theology, in this case tackling the idea of the modern apologetic. Great stuff for the skeptic and skeptic at heart.

The Fifth Season by N.K. Jemisin– Based on popular recommendation I couldn’t say no to this newest entry into the world fantasy writing.

Silence by Shusaku Endo– Scorsese has renewed my interest in this spiritual journey, and here’s to finishing it just in time for the film to reach Canadian soil.

Hollow City by Ransom Riggs– the first book, Peculiar Children, intrigued but underwhelmed me. I have heard positive things about the sequel. Looking forward to diving in and giving the world another shot.

AND ONE LAST THING

The Good Wife was a family favorite around our house, at least for my wife and I. It’s absence as left a void. Here’s to hoping that The Good Fight (a Good Wife spin-off) can re-scratch that itch.