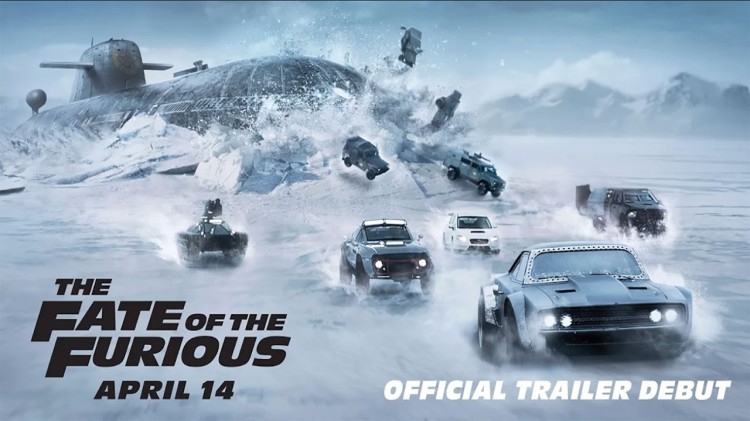 A relative latecomer to the whole fast and the furious franchise- I saw the first one and abandoned it after the third- some early aversion, or at least apathy towards these adrenaline-fueled on-screen adventures, had convinced me that these films were far more mindless than fun.

But then my son convinced me to take him to see Furious 7.

I had inhibitions to be sure, as I questioned the value of what I perceived to be a shameless display of materialism and sexual exploitation. But a touching tribute to its recently fallen star finally helped me to understand what this franchise seems to mean to a whole lot of people. Here’s the thing. From my perspective, these films can definitely be categorized as mindless fun, But along the way they have also managed to become something of a cultural reference point for a large segment of society. In a world that often feels overly complicated, these films have helped set the standard for how to do “escapism” right. It uses the thrill of the race, and all of the materialism and sex appeal it embodies, as a means of celebrating the stuff that is most important in this world- friendship and the unbreakable nature of familial bonds. When Dom reminds us “it’s all about family”, this ends up meaning something in the midst of all of the explosions and insane stunts. And really, this is exactly what this franchise has become over the years- a genuine part of the family experience (at our 10:15 showing that my wife, my son and I  atteneded, we watched as a family of 6 took their seats in front of us, with the youngest of this crew being no more than 4 years old- I would even wager 3, and the oldest no more than 7). When my son turned to us after the film and exclaimed, “I don’t know why, but I really like these films. They make me happy”, it humbled me. I saw an opportunity to use this film to strengthen our own family bond and was even able to pull out some valuable conversation from what I once considered an unlikely place to find much of value. 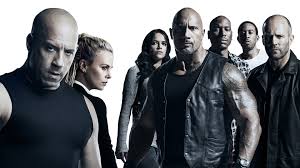 Which leads me to the question- as the latest installment in the long-running series, does Furious 8 have any gas left in the tank as it forges forward in the absence of Paul Walker? The answer to this question is a definitive “yes”, at least on the level of pure spectactle. It manages to find a way to kick this franchise up another notch, which is no small feat given that it has already sent cars parachuting off cliffs and jumping through buildings. As one critic suggested, if Fast 8 is anything, it is absolutely bonkers.

But the film also has a few things it needed to overcome, including a new director, the aforementioned loss of Paul Walker, and the new characters it is now looking to establish.

Director F. Gary Gray takes over from James Wan, who helped infuse Furious 7 with a necessary and timely emotional resonance (along with some insane and technical stunt pieces), and Justin Lin, who was at the helm of the now legendary Fast Five and Furious 6, which many recognize as the best in the franchise. Since Fast 5, the series has made a progressive move away from the confines of the humble street race and towards the more Bond-like espionage stories of recent years. And this is the direction Gray continues to drive the series, elevating this aging group of ragtag street racers to the role of saving the world from the possibility of World War 3 (or something like that). And given that The Fate of the Furious is the first in what has been advertised as a new trilogy within the series, suffice to say we are probably going to see more of this clan attempting to use their cars (and their skills behind the wheel… it’s about the driver, not the car after all) to save the world.

And I am perfectly fine with this choice of direction, because does it really matter how these characters managed to find themselves with the responsibility of carrying out a government sanctioned mission to absolve a nuclear threat in Siberia when it means we get to watch a car chasing a submarine over a frozen sea of ice (or is the submarine chasing them, it is never quite certain)? These are the kinds of questions that have never really mattered when it comes to Fast and the Furious.

Gray also has the unenviable task of navigating a new cast and changing character dynamics. Walker had become such an integral part of this franchise’s character, and the bond between Dom and Brian so strong, that figuring out where and how to move the franchise in his absence was bound to be at the top of Gray’s to-do list. The Fate of the Furious thus becomes something of an experiment, as Gray plays around with the current cast while infusing the “Furious-verse” with some new faces (including Charlize Theron, who plays the villain of the story with a rather darkly comic intensity, and the return of Statham, who has now, for some unknown reason, been enlisted to join the ranks of the good guys despite his past actions). There are plenty of dynamics that work amongst this bunch, most notably between Statham and Johnson where the chemistry simply flies off the screen with a giddy enthusiasm and superhuman presence. 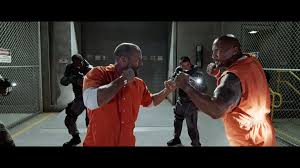 These are two guys that really understand which movie they are in.

We also see some scene-stealing moments from Gibson and Ludacris, who play off of their teammate’s dominating display of over-the-top bravado to give us scenes like flying over the frozen Tundra on a car door.

With all of this potential chemistry though, the most interesting question that seems to haunt Gray is what to do with Diesel himself. 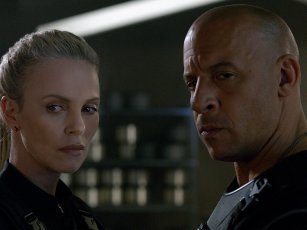 Dominac is, after all, still driving the heart of the story. This time it revolves around the question of whether Dom has turned bad or not. And as we begin to discover the answers to this question, it becomes increasingly difficult not to wonder whether Diesel will (or should) end up riding off into the sunset at some point in the near future. We get this sense already in some of the later films in the franchise, but here it seems like the horizon is that much closer. Even the title hints at some sense of finality, and Dom’s character would be the most likely choice to bring to a close.

This even begs the question of whether the series itself will follow Diesel in this same direction. The rumor of Fast and the Furious spin-offs certainly tips its hat to the possibility. But no matter how one imagines this potential future, Dom feels like he will play a pivotal role in one way or another in determining how it all moves forward.

Gray provides us with a strong sense of symbolism in the wonderful opening sequence back in Cuba, a scene that returns us to the spirit of the original, and sets Dom in a nostalgic light. Dom seems aged, a bit slower, and according to his own admissions, ready to even settle down. That is until he ends up being pulled back into the fray once again.

Given what they do with Dom’s character from this point, it is hard to consider where else they could possibly take him in subsequent films. And frankly, no one would blame Diesel if he ends up using these next films to transition out of the Furious-verse for good. His is a job well done, and a rest well deserved. But here is where things get interesting for Gray, who remains entirely aware of what his absence would mean for the Furious-verse as a whole.

Dom was always the one to keep things grounded. He played it serious, and in doing so he balanced the tonal effects of the film against the more over the top physical displays. He embodied the now familiar moral undertones that made the theme of “family” so prominent in all of these films. If, as this film suggests they might, Hobbs and Shaw end up embodying this Dom/Brian relationship moving forward, Gray (if he completes the next two of this trilogy), will likely find himself having to navigate these tonal shifts in different ways (for better or for worse).

But, for the time being, The Fate of the Furious proves that it is content to live in the moment, to throw caution to the wind as it continues to one-up itself over and over again (I mean come on, The Rock hangs off a car door and stops a torpedo). Whatever comes of the future, for now, this is, as they say, about the cars and those who drive the cars. 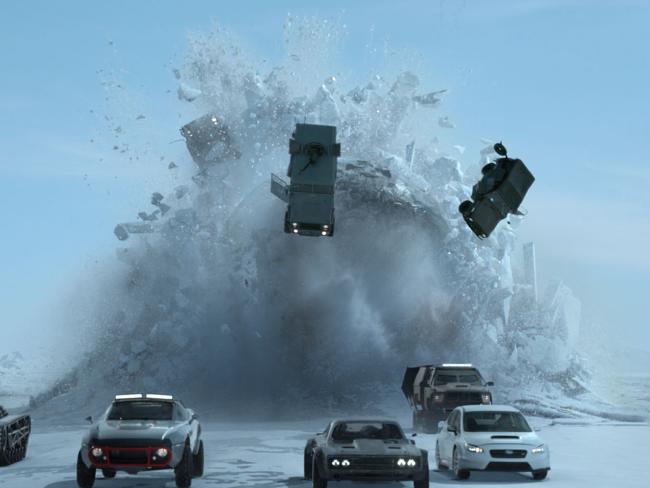 As the most physical film of the bunch to date, Fate definitely earns its place and then some as it offers us one jaw-dropping scenario after another. But more than that, behind all of this “bonkers”, that familiar cultural imprint remains- the theme of brotherhood, of fatherhood, and family. The theme of living in the present while remembering the past, and living life in full throttle no matter what the future holds. And while Cipher (Theron) insists that Dom is lying to himself if he believes any of this actually matters- in her worldview it doesn’t, Dom continues to remind us that life does matter. The prayer of blessing that marks the closing sequence becomes an honest reflection of this very sentiment, of looking to find joy in what we have been given, and of remaining aware of just how easily these things can also be taken away. And this picture of death and life, which is painted in such an odd way through the sheer number of moments in which this crew manages to escape death throughout is film, ends up connecting the loss of Brian to the idea of new life in a rather hopeful way.

And it is here where we learn to live life a quarter mile at a time, something this franchise continues to do with wonderful precision.