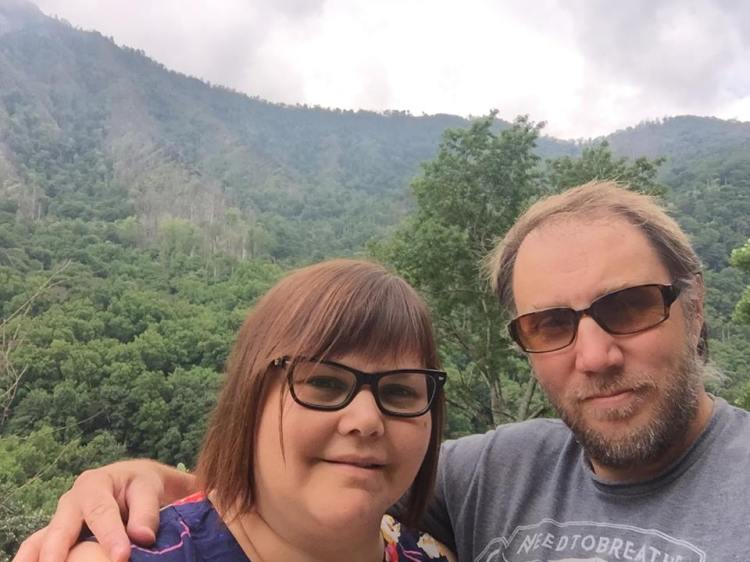 I lift my eyes to the mountains.
From where does my help come?
My help comes from the Lord, who made heaven and earth.

He will not let your foot be moved; he who keeps you will not slumber.
Behold, he who keeps Israel will neither slumber nor sleep.

The summer series at our Church is fittingly centred on the the idea of a pilgrimage. We are reading together through Psalms 120-134, and the invitation is not simply to read them but to go on a “journey” with them. To even utilize some ancient practices in scripture reading. The invitation is to follow together through what is known as the Song of Ascents, to allow them to evoke a sense of forward movement and growth. To capture the idea that as we read we are actively moving upwards in order to gain a bigger and better picture of God and God’s relationship to us and the world.

Thinking back on our pilgrimage to Nashville, this image of the final ascent into the Appalachian front sticks in my mind as particularly meaningful. The ride from Louisville to Knoxville, partly known as the Bourbon Trail, but also leading to the entranceway to the Smokey Mountains, is beautiful. But it is not until you enter the greater Knoxville area that, to borrow a popular phrase, “the hills come alive” in their full splendour.

In a most recent sermon my Pastor spent a bit of time reflecting on the idea that in the ancient world Mountains held slightly different meaning than they do for us today. Today we tend to see them as a place of retreat, a place of solitude and contemplation. They are a backdrop of nature that allow us to think on the bigger picture of life and questions and doubts and wonder. 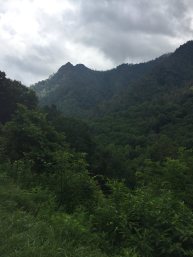 In the ancient world mountains were seen as mysterious and apprehensive places. They were obstacles to be conquered as one either fled from or journeyed toward a particular place. They were were wars were fought and they tended to be places that evoked a strong sense of fear and wonder and apprehension. They were the home of the gods as they say (which is also why they were also given the names of different gods).

Author Walter Woodburn Hyde in a work he did titled The Ancient Appreciation of Mountain Scenery suggests the possibility of discovering something of a pattern in the ancient world when it came to their relationship with the mountains. A pattern that I felt could appropriately speak to our modern experience.

There is a sense in which history sees our growing relationship to mountains in the light of how we see and understand ourselves. In a spiritual sense this can also be understood as the way we see and understand ourselves in relationship to God. There is something about the grandeur of the mountains that awakens us to something bigger than us, something mysterious and incomprehensible. And I think what often accompanies us on our “retreats” to these places is a return to this sense of mystery in the modern age as we retreat from the pressure of daily life and the onslaught of information that barrages us every day.

But I also think that what we can learn from the ancient world is that these retreats can also be considered an ascent. A pilgrimage. A means of growing and moving forward as the change in environment helps us to understand ourselves in relationship to God and the world more clearly. And I think in an explicitly Christian sense, this ascent is connected directly to the idea of growing in our understanding of God with us. We ascent into the mountains in order to challenge the feeling of God being far away and to remind ourselves that God is near.

Hyde argues in his article that that the ancient world provides glimpses of this natural progression from places of fear to places of admiration and contemplation as we look at the historical record. Much like a mountain climber does with intention today, on the other side of this ascent into the mountains for the ancients, even if unintentional, tended to be the emergence of a recognizable introspective process that saw the mountains as not something simply to conquer, but a picture of grace and wonder to embrace. A place that can tell us something about ourselves and about God rather than simply withholding us from the mystery of that relationship.

Interestingly enough, particularly when it comes to the Southern Appalachian front, both the early settling of the area and the civil war follow this same idea or pattern of ascent. Where once the mountains were something to get over and to conquer in order to expand further West, the Mountains eventually became a place to settle and to grow, and in some redeemable sense a place to live in communion with the indigenous people that called it home. Today theses town are reflective of a chosen lifestyle and culture and a place to remind one of the horrible acts that were enacted on the indigenous people.

And where the civil war turned those same mountains into a battleground and a place of uncertainty and danger, eventually the Mountains became a safe haven for broken soldiers and a divided nation. A place to heal.

Pigeon Forge and Gatlinburg: A Conversation of Contrasts
Immediately to the East of Knoxville are the twin cities of Gatlinburg and Pigeon Forge. Two cities that hold very different representations of the areas history. 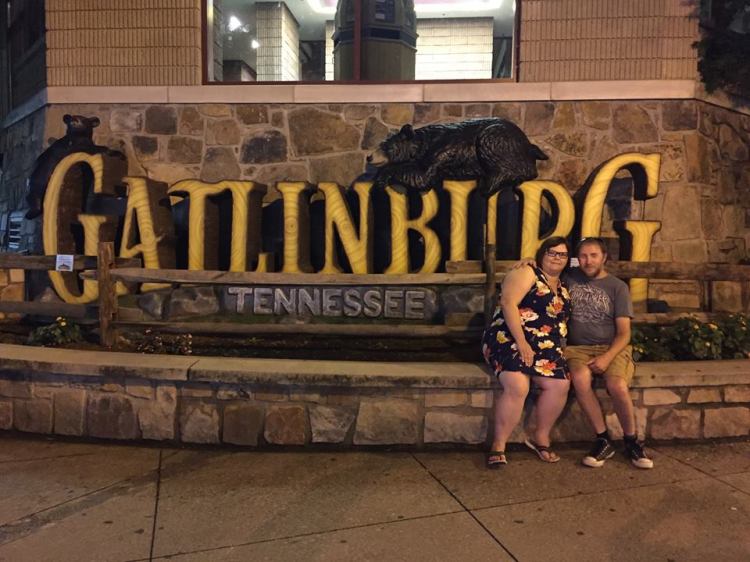 Gatlinburg is the Mountain town that sits right outside the gates to the National Park. In earlier years it represented both a settlement for the early settlers and became an important battlefront during the civil war where the union troops that eventually settled in the area (and that remain represented today) encountered the challenge of a heavy Confederate force.

And what’s really interesting about the politics of Gatlinburg is that it is a pro-union (today that reads liberal) town that didn’t see eye to eye with its confederate supporting founder (Gatlinburg of course). In fact he was ran out of town. 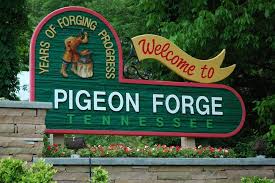 Pigeon Forge by contrast holds the remnants of the areas industrial roots, being built around this old iron forge that eventually was shut down and turned into an old mill that is still functioning today. 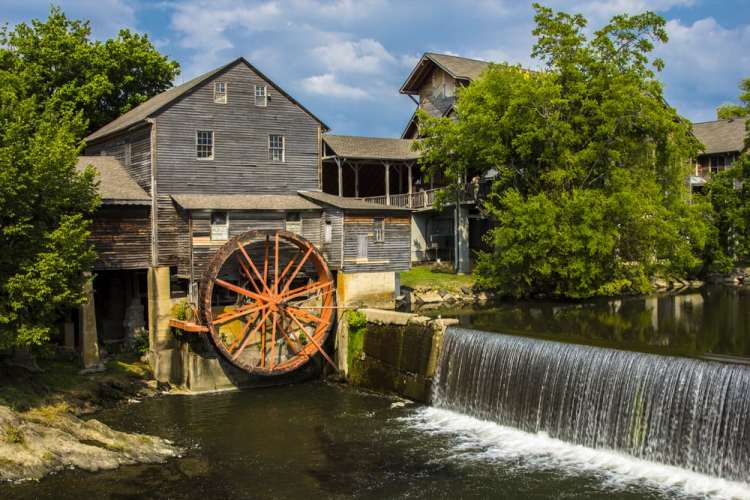 This also explains the areas obsession with pancakes. 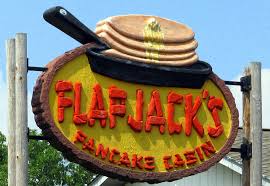 And so Gatlinburg is largely recognized as the cultural heart of the area, while Pigeon Forge represents the industry. And it could be noted that the minute you drive into Pigeon Forge this becomes immediately obvious. The industry of yesteryear has grown into a hugely over the top tourist destination full of museums, grandiose buildings and multi-level go cart tracks. 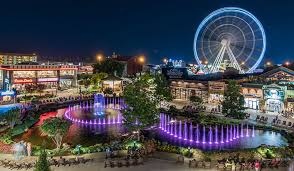 And yet there is a sense that for all of this tourist attraction, the area remains indebted to its roots. We stayed at a small, independently owned hotel on the edge of town called the Tennessee Mountain Lodge. Just far enough from all the lights and noise to gain a sense of the mountain culture, but close enough to be a part of the attractions as well. 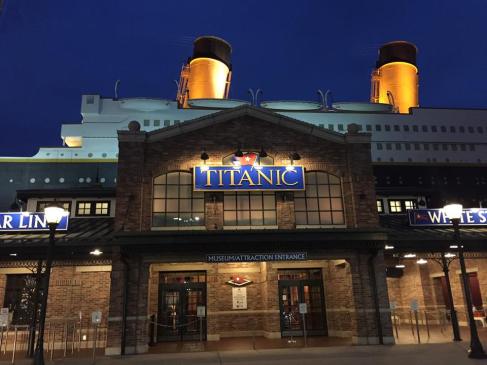 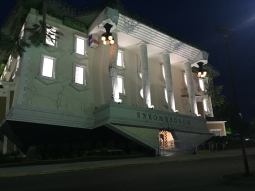 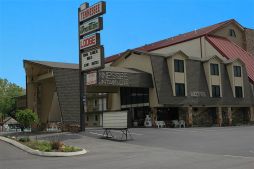 And immediately next door to our motel was what they call the Old Mill District. It is here that Pigeon Forge owes its roots, the once Iron Forge turned milling house. It is a well preserved symbol of what once built the town as the settlement expanded from Gatlinburg to Knoxville, and as I mentioned still a functioning part of what drives their industry today.

And just beyond the Old Mill, just beyond the sightline of Dollywood (which provides nightly fireworks Disney style by the way) is what they call The Island, an entertainment mecca that mixes an old style shopping district full of unique and independently owned store fronts set against the backdrop of restaurants and a giant ferris wheel. A fun place to linger into the late hours of the night (they stay open until 11:00). 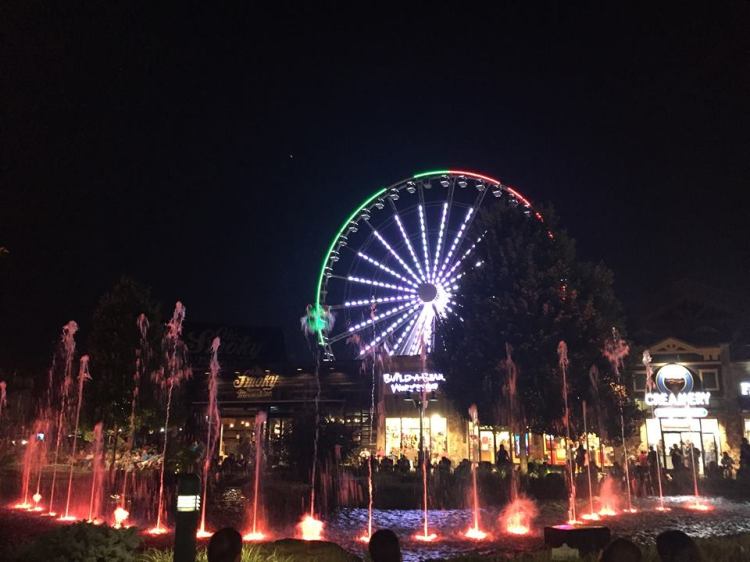 Gatlinburg still has some of the flashiness of Pigeon Forge built into its village streets, but it mostly revolves around getting you up close and personal with the mountain experience. What largely sets Gatlinburg apart is in fact its village like atmosphere. 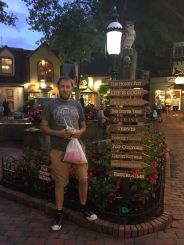 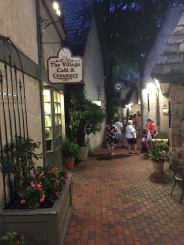 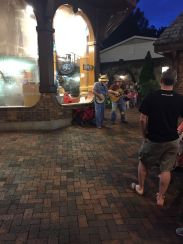 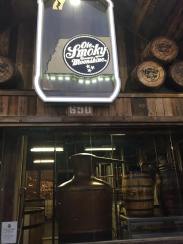 Wandering its main streets is a little like stepping back in time into a still thriving mountain culture. Aspiring musicians lingering and playing (and they will refuse your money if you try to give it). Lively streets packed full of people. Authentic Moonshine spots vying for your attention. And decorated torch light style old Victorian village sections with all sorts of local shops, candies, chocolates, and coffee.

Or take for another example the Arts and Crafts Community.  Formed in 1937 the Arts & Crafts Community is a union of artists and craftsmen that they describe as “a living, breathing tribute to the history of Tennessee.” The sign describes this group as carvers, weavers, watercolor artists, casters, soap makers, potters, silversmiths and many others, and the way you participate in this arts and crafts community is by driving the trail that takes you through a bottom section of the mountains. It’s a beautiful idea in a beautiful spot.

Understanding Our Roots
So while talk about protecting our roots comes alive in Pigeon Forge’s history, a town that has changed drastically from what it was but which has continued to struggle to maintain its image as an authentically grown family town built on industrious pursuits, Gatlinburg actively lives it out by celebrating its heritage in a more unrestrained, lively, rebellious atmosphere akin to its Moonshine roots.

And isn’t that what forms our pilgrimages. Knowing where we came from, the obstacles of our past, facing the figurative mountains that have shaped us in unique ways and becoming transformed on the other side? This is what our ascent does, is bring greater clarity to these things much in the same way that the identity of these towns remains a vital part of who they are. And we strive after this sort of clarity, often in the modern day by “retreating” to the mountains so that we can also be molded into something new. So that we can grow, spiritually speaking, as God’s children.

I spent time praying for the students who were embarking on their own pilgrimage as we made the final ascent up into the Smokey Mountains. And as we reached the spot of highest elevation I imagined them having the opportunity to gain a better picture of who they are. To consider their roots and the ways in which their pilgrimage might be able to grow and transform them as well. 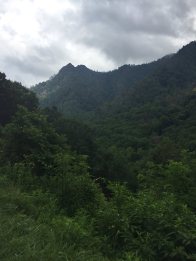 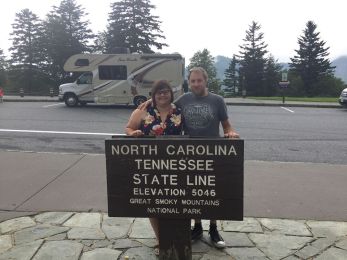 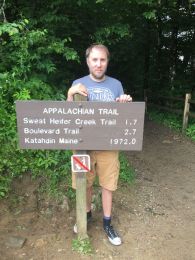 I admit, I am not a huge fan of Mountains. Call it my Prairie bred roots, but my own sense of retreat often comes in places where I can see far down the horizon. Endless Prairies. The quant rolling hills of Pennsylvania or Eastern Canada. The Ocean side. These often are where I get drawn into the mystery, the bigness of this world. And yet as we engaged with the Smokey Mountains I was taken by the elevation. The idea that we could journey from one side to the other and have taken a pilgrimage of some significance. And it inspired me to consider that whether we are travelling to Nashville or spending time in the Psalms, God is with us, forming us through our experiences into more cultured and loving persons regardless of the past that we carry with us. And often precisely because of the ways these mountains give these pieces of our past more clarity and purpose.