“In a country where there was still no debate about the war that had just ended, the films produced by the Polish Film School set out to engage the public in a deep emotional dialogue that would prove to be therapeutic. Through stories which unfold in a near past, they touch upon different current topics: the Poles spirituality and their future perspectives.“
– Film critic Professor Tadeusz Lubelski 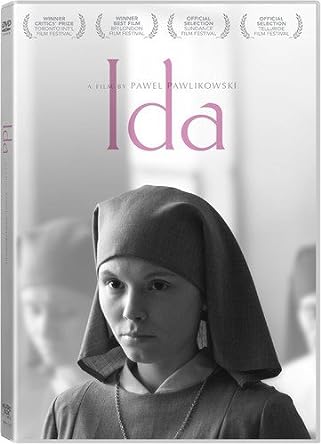 It’s 1989, and a Country plagued by a tragic and storied history finds itself finally standing on the precipice of change. Tadeusz Mazowiecki is almost quietly brought into power, representing the first democratic and non communist government in Poland’s postwar history. And yet, what is most interesting about this shift in power and politics is how it can reveal the difficult nature of rebuilding and re-imagining oneself following unimaginable tragedy.

A Thriving Jewish Industry and The Promise of a Culture
An industry once driven and imagined by Jewish businessmen, it is documented that 70 of the 170 Jewish films brought out between 1910 and 1950 were made in Poland with over three million Polish Jews. This was particularly true for Poland’s celebration and representation of Yiddish culture, which, according to Nathan Gross (Jewish film in Poland) forms a key part of Polish cinema during the inter-war period. The tragic irony, according to Gross, is that an industry driven by Jewish businessmen and celebrated and formed from Yiddish culture had “no anti-Semitic films produced in Poland during the twenty years of the inter-war period”. Contrast this with the fact that Poland lost “90 percent of its Jewish population with the onset of the Second World War, which makes up half of the total population lost during this period. One source cites that as almost “22 percent of the entire population”, and the fact that Poland would also be the first Country to make an anti-Nazi film is just a reminder of the pain and the horror of Country that had now ceased to exist on that fateful day in September of 1939.

Any hope of rebuilding, in which film often plays a key role, would be halted by the eventual Soviet take over and subsequent Communist rule. This would include what is known as the “small stabilization (1960’s), which is described as a further irony of false prosperity under Wladyslaw Gomulka (Communist Party Leader), and the period of Martial Law that carried Poland through the 80’s, cutting spending, reinvesting in small budget fare, and bringing the film industry to the forefront as a measure of Communist propaganda and censorship. If it is true, as one writer suggests, that The chaos and destruction wrought by the second world war meant that “Poland had to reinvent its film industry from the ground up” following the complete devastation of the Second World War, then this final shift towards eventual democracy would represent simply the beginning of a long road forward, one forged out of the memories of their past.

Potential and Promise in An Emerging Industry and an Interwar Period
Perhaps there is a special tinge of sadness that accompanies the incredible real life tragedy in knowing the incredible potential that Poland held to make its mark on the cinematic landscape in a special and influential way. It is, in fact, its Jewish visionaries from Poland that planted the seeds, built and founded some of Hollywood’s most recognizable studios. More so though, they, not unlike Germany, were at the forefront of developing those initial ideas that eventually led to the formation of the “moving image” projector. In Poland two ideas emerged, one called the “telectroscope”, which belonged to an inventor coined the “Polish Edison”, and the other called the “Phantoscope”, created by Siegmund Lubin. Both of these were said to be in strict and powerful competition with Edison’s Kinetoscope, eventually culminating in the Cinematographe by way of the charismatic Lumiere Brothers from France, whom went on to take over the world’s imagination. Poland is one of the few places in the world that still hold to the story that Edison actually preceded the Lumiere Brothers in inventing the movies. In Poland, all of this would result in the first “cinema” being established in Lodz in 1899, and the very first Polish film maker of significance, Russian filmmaker Wladyslaw Starewicz whom relocated to what was then the Polish-Lithuanian commonwealth

What makes all of this significant is that, following World War 1, Poland regained its independence after 120 years of occupation, giving them the environment they needed to begin to develop a cinematic and cultural identity, two things which often go hand in hand. Sitting at the heart of and being in the thick of cinema’s emergence, getting to watch it unfold from an intimate and fortunate angle alongside Germany (whom they would actually share productions with during and after World War 1), they felt a deep connection to the rise of the art form, particularly as it mirrored a rise in independence. This is where we can see the rise of what is known as Polish Avant-Garde films, which is simply a way of saying “experimental film. Kamila Kuc writes all about this period in the book Visions of Avant-Garde Film: Polish Cinematic Experiments from Expressionism to Constructivism, pointing out that “avant-garde film was a direct reaction against films that had “scenarios and stars”, using lighting and effects to push creative boundaries beyond static objects, and explaining that “various critics in the Polish territories analyzed the new cultural and social reality in relation to (these) freshly emerging artistic movements.”

Finally empowered with the ability to build and create culture, Poland was set to challenge the status quo, examine the meaning of their socio-political values, and give voice to a people finally ready to emerge from their oppression. This makes the events of the Second World War and the subsequent Communist overtaking and rule an equally starling force of a oppression, stripping Poland completely of this chance to build an identity. All of the promise and dreams that surfaced with Poland’s Golden Age, from its earliest silent films and the first sound film (The Singing Fool, 1929) to films like Black Pearl (1934) and Pawl and Gawel (1938) were met with a crushing blow that 1989’s proclamation of democracy could only represent as a bittersweet victory over.

A Hopeful Voice in the Midst of Tragic and Devastating Loss
It is no secret to the pages of history that the most haunting and lingering affect was the disappearance of the Jewish communities and culture that once led Polish Cinema and gave it its signature voice. And yet there is something inspiring to uncover the persistence of a largely silence culture that history also records, specifically in the development of the Lodz Film School in 1948. It would be here that we find Andrzej Wajda, Polands most formative and important voice and creative in the post war years. Following his first film, A Generation (1955), Wajda would go on to spark a fire in the collective consciousness of Polish identity, even in the face of persisting oppression and the “social realist doctrine” that would be forced onto Polish Cinema against its will. Wajda, and his accompanying classmates, would strive to push back, risking their own well being to provide a different narrative, one of social concern, to the people who so desperately needed it:

“Out of the ashes of the war, a current in film arose in the 1950s – the Polish Film School. Its followers set out to create works that would help in coming to terms with the war. Most of its students were from the generation born in the 1920s . The war had interrupted and ruined their young adulthood and they became adamant about showing its consequences on camera. The current was represented by several directors: Andrzej Wajda, Andrzej Munk, Jerzy Kawalerowicz, and Wojciech Jerzy Has.”

The Power of Film and Story To Help Rebuild a Culture and a People
One of the benefits of Communist rule is that, despite the control the government had over the kinds of films and the kind of productions that could happen, they ensured that film going and film watching stayed a vital and important (and even prestigious and intellectual) part of Polish culture. So when Stalin died and the Soviet Regime started to disassemble and fall apart, the film industry was primed to rise in its place, with those voices from the Film School ready to echo through its spaces as a means of making sense of this second chance at independence. But finding that necessary space to confront and come to terms with their story was not easy, as it not only no longer had its prominent Jewish voice, but it also had to filter through the false narratives that had dominated Soviet Directed film for so long. In the spirit of the Film School though, they continued, and continue, to fight and push for a true Polish narrative and character to find its way forward through the mess. And film, as it did in the early years of the century and through the interwar period, lies at the heart of helping that to become a reality. And if there is something that the Polish Spirit and perseverance can teach the world, it’s that one of the best things one can do when tragedy strikes is to find a way to keep speaking, to keep the voice of those people and their story alive in the Countries collective identity, and to allow those voices to be represented through the possibility of a better future. This is what makes film, and especially Polish film, so powerful, as it has the ability to help a collective community climb from the ashes of one of the greatest horrors history has scene, not just to document it, but to liberate it and give it purpose. And from out of Poland’s greatest films, including the spiritually laden The Mill and the Cross, the recent cultural touchstone Cold War, and the existential Ida, comes a spirit of resilience, contemplation, maturity, and reflection, all characteristics of a Country that has a rich heritage to share with the world.

Here is a link to my working list of films for my Film Travels 2020:
https://letterboxd.com/davetcourt/list/film-travels-2020-poland-in-process/

SOURCES
https://www.moma.org/calendar/film/795
https://www.nytimes.com/2015/03/05/arts/international/polish-cinema-on-the-rise.html
https://www.theguardian.com/film/filmblog/2011/apr/06/short-history-of-polish-cinema
https://en.wikipedia.org/wiki/Cinema_of_Poland
https://culture.pl/en/article/a-foreigners-guide-to-polish-cinema
https://openjournals.uwaterloo.ca/index.php/kinema/article/view/1109/1308
The Red and The White: The Cinema of People’s Poland by Paul Coates
Polish National Cinema by Haltof Marek
Cinema of the Other Europe: The Industry and Artistry of East Central European Film by Dina Iordanova
Polish Cinema in Ten Takes by Nurczyńska-Fidelska, Ewelina, and Zbigniew Batko, eds.
Polish Cinema: A History by Marek Haltof
Contested Interpretations of the Past in Polish, Russian, and Ukrainian Film
https://culture.pl/en/article/a-foreigners-guide-to-polish-animation
Visions of Avant-Garde Film: Polish Cinematic Experiments from Expressionism to Constructivism by Kamila Kuc